At McNamara Chiropractic, we recognize that your choice of a chiropractor in Cumming GA is based both on the chiropractor’s competency and personality. When searching for chiropractic treatment, you need a chiropractor who is experienced, understanding and supportive. Dr. McNamara has over 22 years of experience in Nutritional counseling, sports related injuries and joint related arthritis issues. He started studying chiropractic neurology in order to help his mother who has Parkinson’s. McNamara Chiropractic utilizes cutting edge Nutritional Neurochemistry to help those with neurological and brain traumas. We have run a successful weight loss clinic for the past 2 1/2 years with phenomenal results. We look forward to getting to know you and giving you the best in chiropractic care. 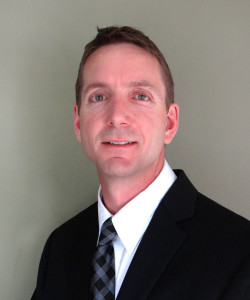 Practicing since 1994 with a focus on Functional Neurology, Chiropractic, and Nutritional Counseling

Dr. McNamara graduated chiropractic school in 1994 from Life University and went on to receive his Diplomate in Chiropractic Neurology in 2003. In 2009 he received his Fellowship from the American College of Functional Neurology. He has been a resident of Forsyth County for 22 years where he is also a volunteer member of the Forsyth County Fire Department. Treating and working on many collegiate and professional athletes from the surrounding counties has been his passion. His daughter plays Collegiate volleyball for Auburn University, his oldest son will be going to Kennesaw State while doing the Air Force ROTC program at Ga Tech. The youngest son is attending South Forsyth middle school and loves playing all sports especially tennis.